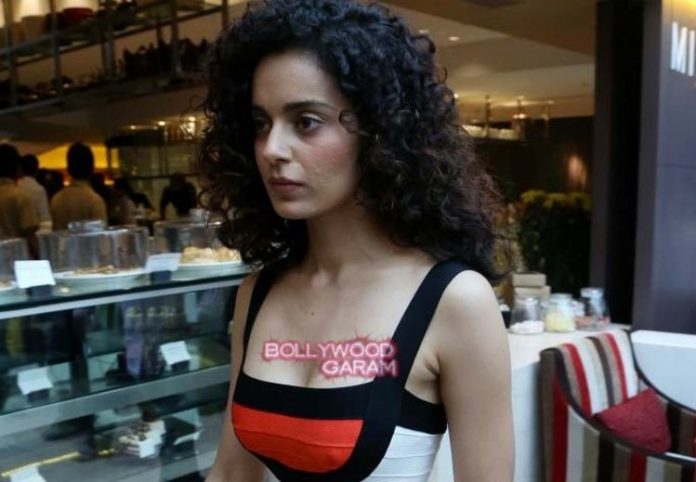 Bollywood star Hrithik Roshan ended his 17 year long marriage with Sussanne Roshan on November 1, 2014. Then no one knew the actual reason of their separation, but now as time passes a few chapters are slowly opening. Actress Kangana Ranaut in a recent interview revealed that she was once in a relationship with Jr. Roshan.

This has hinted that the relationship might have been one of the reasons behind Hrithik and Sussanne’s separation. However, there were speculations a year before about Kangana and Hrithik’s relationship but then the ‘Krissh’ star clarified that there was no truth in those reports. Latest reports have claimed that Kangana was replaced by Sonam Kapoor for ‘Aashiqui 3’ after Hrithik’s recommendations.
When Kangana was asked about this the actress said, “Yes, many lame rumours are doing rounds, even a dumbass can tell where these rumours are coming from. I don’t know why exes do silly things to get your attention. For me, that chapter is over and I don’t dig graves.”
For now Hrithik and Sonam have been roped in for the upcoming movie ‘Aashiqui 3’. It seems like Hrithik and Kangana are no more in good terms but the audience is definitely waiting eagerly for Hrithik and Sonam’s upcoming venture.
Photo Credits: Viral Bhayani