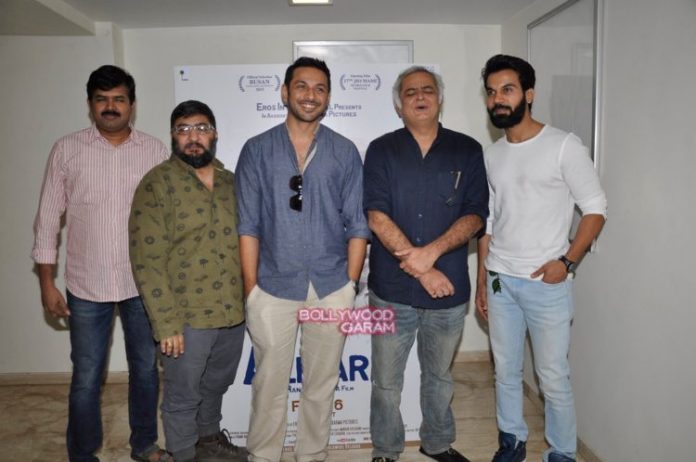 Actors Jugal Hansraj, Bobby Deol, Sunny Deol, Karan Johar, Hansal Mehta and Rajkumar Rao were snapped attending the special screening of the movie ‘Aligarh’ in Mumbai on January 27, 2016. ‘Aligarh’ is a 2015 movie based on the real life of Dr. Shrinivas Ramchandra Siras, who was suspended from his job due to sexual orientation.

Siras had appealed in court for his suspension but died under mysterious circumstances.

The movie has Rajkumar Rao playing the role of a journalist while Manoj Bajpai will be seen playing the lead role of Siras.