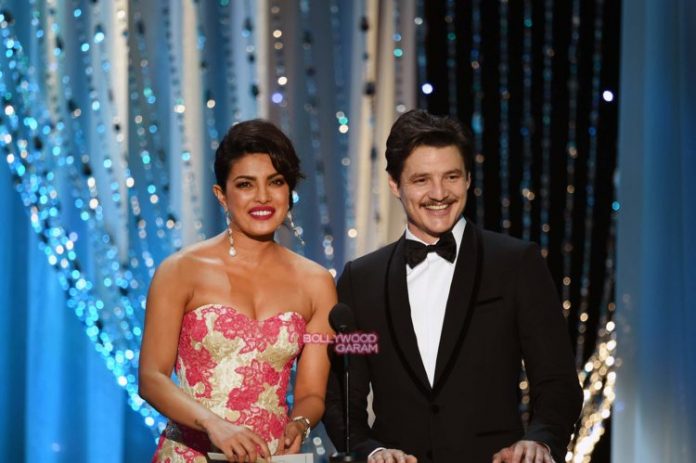 Bollywood actress Priyanka Chopra, who shot to International fame with the American TV series ‘Quantico’ walked the red carpet of the annual Screen Actors Guild Awards on January 30, 2016. The ‘Dostana’ actress looked stunning in a pink lace gown with a ruffled bottom by designer Monique Lhuillie.

Chopra completed her look with diamond chandeliers by Kimberly McDonald Jewels. The actress was also asked to present an award at the 2016 Screen Actors Guild Awards.

Priyanka was last seen in the movie ‘Bajirao Mastani’ in which she played the role of ‘Kashibai’ and is currently filming for the upcoming movie ‘Jai Gangaajal’.