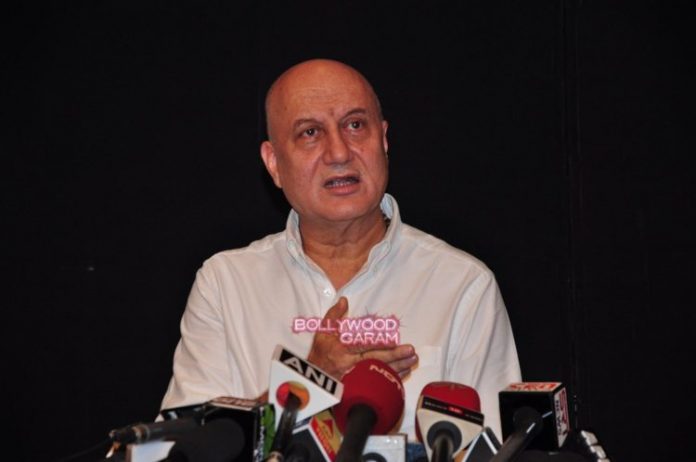 Bollywood actor and comedian Anupam Kher, after the denial of visa from Pakistan held a press meet in Mumbai on February 2, 2016. Kher was denied of visa and was due to attend the Karachi Literature Festival starting from February 5, 2016.

The actor and producer criticized the government of Pakistan and said, ”Of 18 people, 17 granted visa except me”. On the other hand the Pakistan High Commission explained that Kher had not even applied for the visa. Kher also stated that he has been denied of visa second time in a row.

While concluding the actor said that he felt bad for those people who were looking forward to meet him in Pakistan.