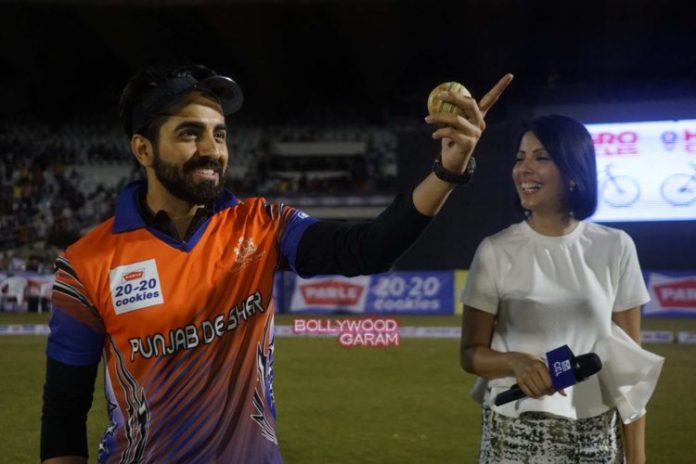 Teams Punjab De Sher and Bhojpuri Dabanggs played the first match of the tournament and were led by Sonu Sood and Ravi Kishan respectively. Ayushmann is one of the important players of the team and was seen practicing before the match began.

Kishan was seen cheering for his team.