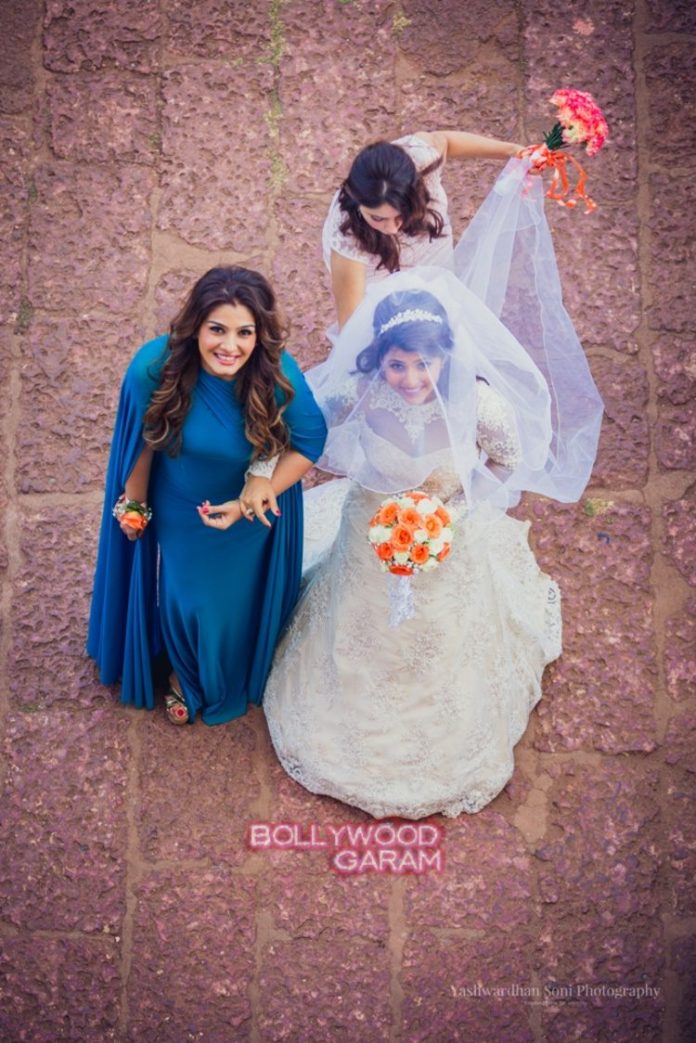 The wedding day was made special as Tandon turned in to a wedding planner. The couple got married according to Catholic and Hindu rituals. The actress also hosted a haldi and chooda ceremony for her daughter before the wedding.

Raveena is married to film distributor Anil Thadani with children Rasha and Ranbirvardhan.