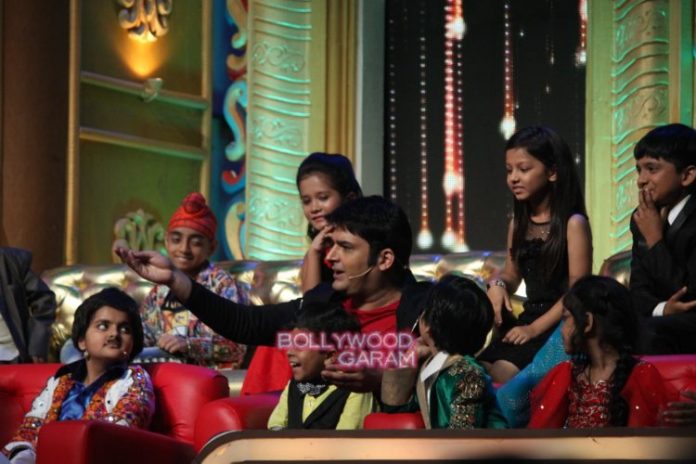 Comedian Kapil Sharma was snapped shooting for the finale of the show ‘India’s Best Dramebaaz’ in Mumbai on March 3, 2016. The actor was seen entertaining the audience with his trademark humour and also wooed the judge of the show Sonali Bendre.

Kapil is all set to return with his show The Kapil Sharma Show on April 23, 2016. The comedian will appear on the grand finale of ‘India’s Best Dramebaaz’ which will be aired on March 5-6 at 9:30 pm.

The finalists of the show including Swasti Nitya, Kartikey Malviya, Tamanah Deepak and Jaskaran Narula will be competing at the grand finale.