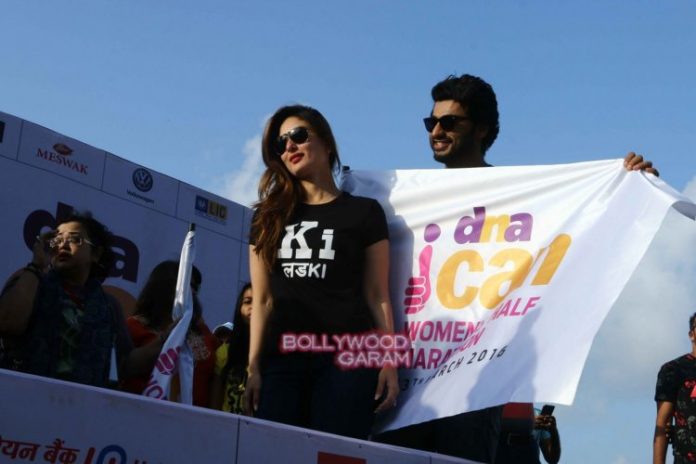 Actors Arjun Kapoor and Kareena Kapoor as a part of ‘Ki and Ka’ promotions flagged off Women’s Marathon event held in Mumbai on 13, 2016. The actors were seen wearing black ‘Ki and Ka’ t-shirts and interacted with the crowd.

The upcoming romantic comedy flick is directed and produced by R. Balki and is all set to hit the theatres on April 1, 2016.