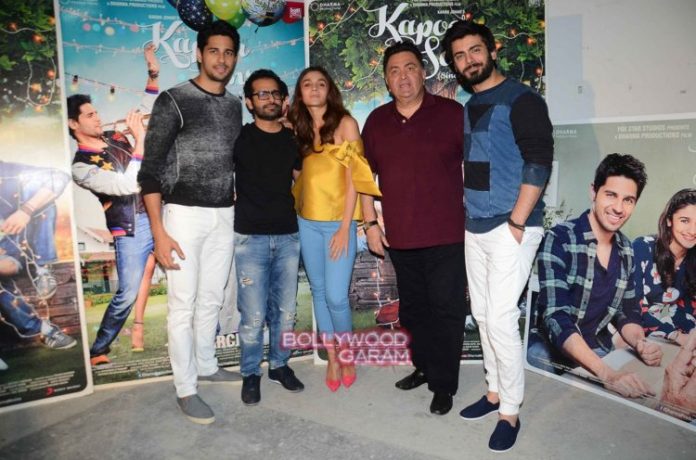 Lead actors Alia Bhatt, Rishi Kapoor, Fawad Khan and Sidharth Malhotra of upcoming movie ‘Kapoor and Sons’ promoted their movie at an event in Mumbai on March 11, 2016. Alia looked pretty in a golden top and denim while other stars were seen in casuals.

‘Kapoor and Sons’ also stars Rajat Kapoor and Ratna Pathak and is all set to hit the theatres on March 18, 2016.
The story of the movie is about a crazy family who often indulges in fights.