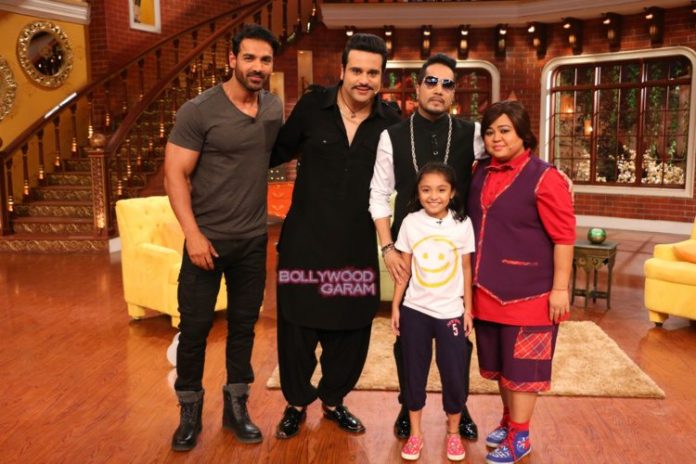 Bollywood actor John Abraham visited the sets of the TV show ‘Comedy Nights Live’ in Mumbai on March 15, 2016. The show was earlier hosted by Standup comedian Kapil Sharma and is now hosted by Krushna Abhishek along with other comedians, Bharti Singh, Upasana Singh, Sudesh Lehri and Siddharth Sagar.

John was on the sets to promote his upcoming movie ‘Rocky Handsome’ which also stars Shruti Haasan and Nishikant Kamat. The movie is directed by Nishikant and is all set to hit the theatres on March 25, 2016.