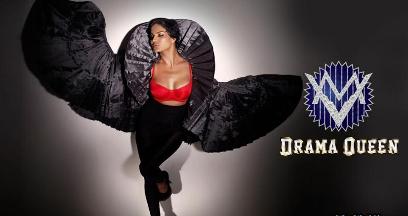 After Bollywood actress Priyanka Chopra released he first single, ‘In My City’, Pakistani actress Veena Malik has also geared up to release her debut single known as ‘Drama Queen’. Malik has claimed that she wanted to be a singer since childhood and that this is the beginning of her singing career.

Veena said, “I believe in letting my work talk for myself. We recorded the song in August last year and since then have been putting things together and shooting the video”. The actress also said that she will continue to do films and TV shows depending on the offers. Veena also confessed that the title of the song ‘Drama Queen’ suits her.