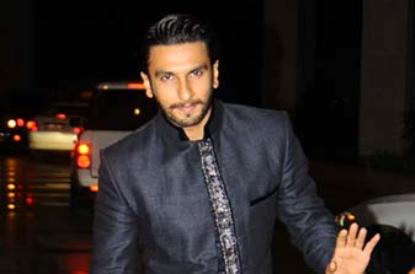 Not many know that film maker Sanjay Leela Bhansali is not an easy director to work with. The film maker is a perfectionist and wants everything to be perfect and right at work. But seems like, Ranvir Singh did not know much about it.

Bhansali had lost his control on the sets of the movie ‘Ram Leela’ when Singh came in clean shaven. Singh’s role in the movie requires him to have a bearded look for a Gujarati role. Bhansali wanted Singh to have a Gujarati accent and also learn ‘Dandiya’ but the clear shaven look did not go down well with Bhansali.

Sources from the production unit said that Ranveer went for a look test for Ali Abbas Zafar’s upcoming movie with Yash Raj Films ‘Gunday’. The test went fine but Ranveer did not have the slightest idea what he would have in store in the sets of ‘Ram Leela’.

The ‘Band Baaja Baraat’ actor did not imagine that this would become such a huge issue. Singh had thought that he would have done it with prosthetics using a fake beard was not new. But fake beard was not in the mind of Bhansali, who had badly lashed out at Ranveer. But everything had then calmed down gradually when the make up was done near to perfection.