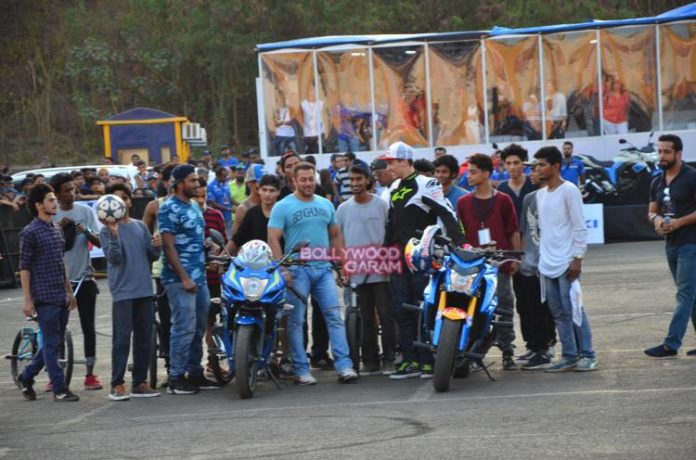 Bollywood superstar Salman Khan attended the Suzuki Gixxer bike stunt event held in Mumbai on May 14, 2016. The actor was seen riding a bike and wore a Being Human t-shirt and blue jeans.

The event also saw popular stunt artists, Aras Gibieza who showed off some breathtaking bike stunts. On the work front, Salman was last seen in the movie ‘Prem Ratan Dhan Payo’ and is currently preparing for his upcoming movie ‘Sultan’ in which he will be seen playing the role of a wrestler.