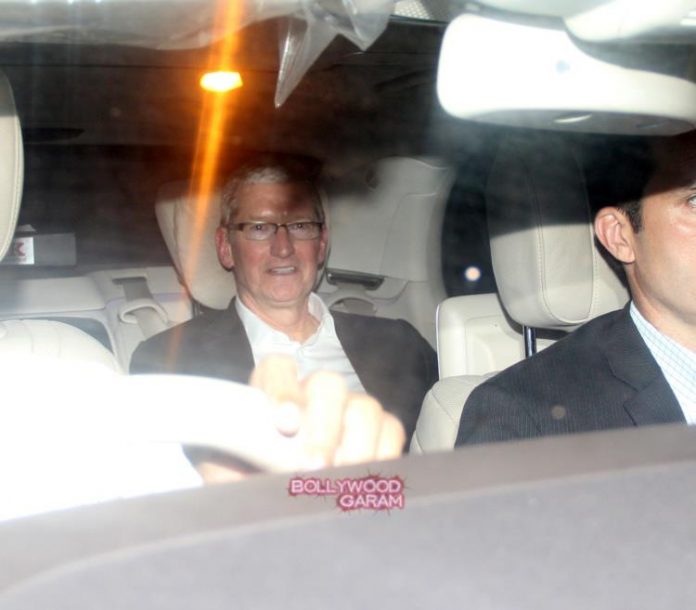 Superstar of Bollywood Shahrukh Khan, hosted a bash for the US tech giant Apple’s CEO Tim Cook at his bungalow ‘Mannat’ in Mumbai on May 18, 2016. The grand banquet was attended by the Who’s Who of Bollywood as well as business tycoons in the city.

Reports say that Cook’s visit to Shahrukh’s house was supposed to be confidential but the media managed to get an idea of his plans.

The party started early and was a formal affair. Others who attended the bash included the Bachchan family including Abhishek Bachchan, Aishwarya Rai and Amitabh Bachchan, Farah Khan, Mukesh Bhatt, Madhuri Dixit with husband Shriram Nene and others.