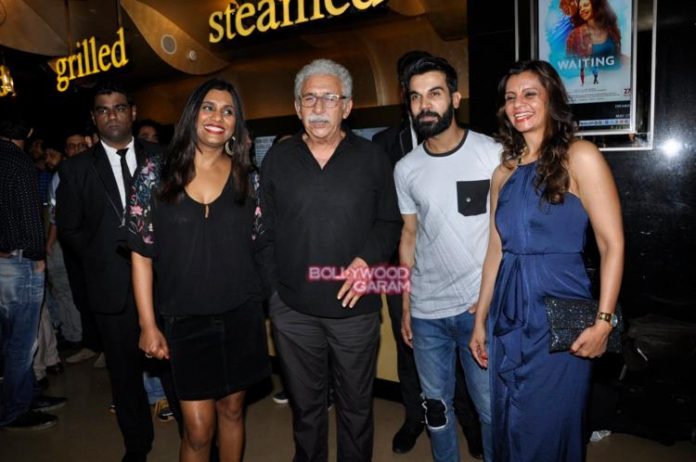 Actors Kalki Koechlin and Naseeruddin Shah are all set to be seen together in the movie ‘Waiting’. The actors were snapped at the special screening of the movie in Mumbai on May 25, 2016.

Kalki and Naseeruddin were also seen having a bike ride as they arrived at the screening venue.

The movie is about an unlikely friendship between two individuals who met at a hospital while nursing their spouses in a state of coma. ‘Waiting’ has hit the theatres on May 27, 2016.