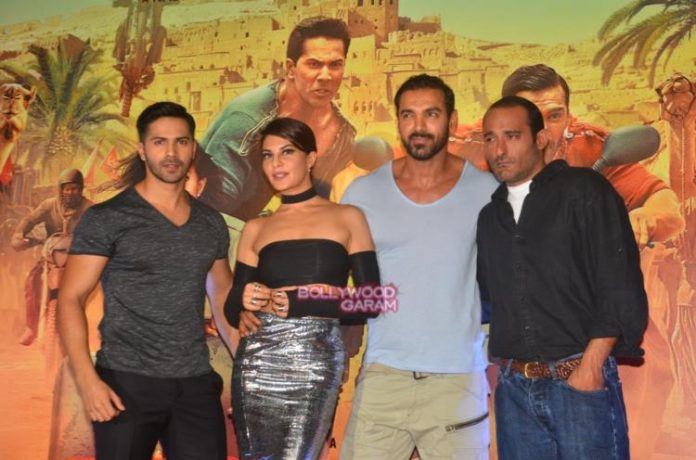 Bollywood actors Varun Dhawan, John Abraham and Jacqueline Fernandez launched the trailer of their upcoming movie ‘Dishoom’ at an event in Mumbai on June 1, 2016. The launch event also saw the presence of producer Sajid Nadiadwala and director Rohit Dhawan.

The actors interacted with the media and shared their experience while making the film. John said, “I think just all of us coming together is fantastic… Rohit is like my little brother. After ‘Desi Boyz’ I am coming back with him. The chemistry which I share with Varun on-screen is the same off screen.”

The movie will also mark the come-back of the actor Akshay Khanna after a long time to the silver screens.