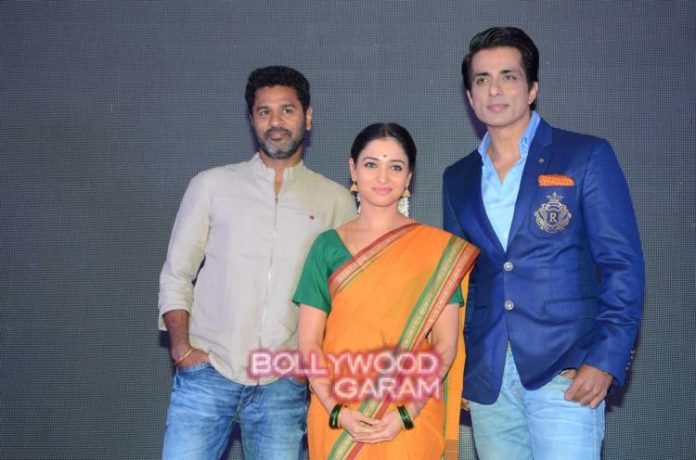 Actors Prabhu Deva, Tamannaah Bhatia and Sonu Sood launched the teaser of the upcoming movie ‘Abhinetri’ at an event in Hyderabad on June 4, 2016. The movie is simultaneously shot in Tamil, Telugu and Hindi languages and is directed by A.L. Vijay.

‘Abhinetri’ is a horror thriller movie and also has actress Amy Jackson featuring in a song. The movie is all set to hit the theatres on October 1, 2016.