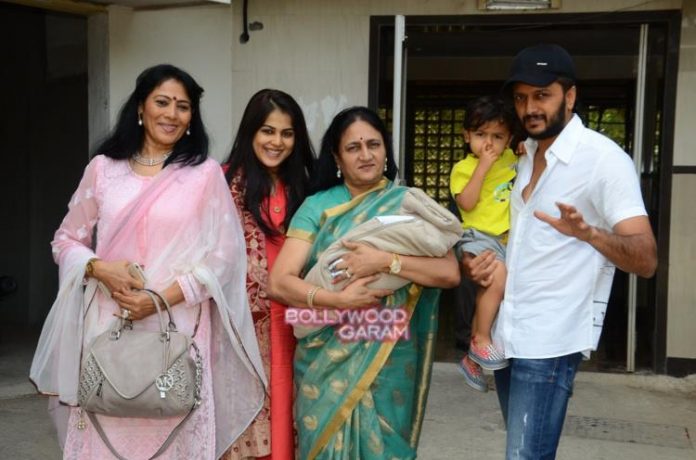 Actress Genelia D’Souza, who gave birth to her second baby on June 1, 2016, was discharged from the hospital in Mumbai on June 4, 2016. Actor Riteish Deshmukh’s mother Vaishali Deshmukh was seen holding her second grandson, while Genelia with husband Riteish and son Riaan smiled for the shuttbugs.