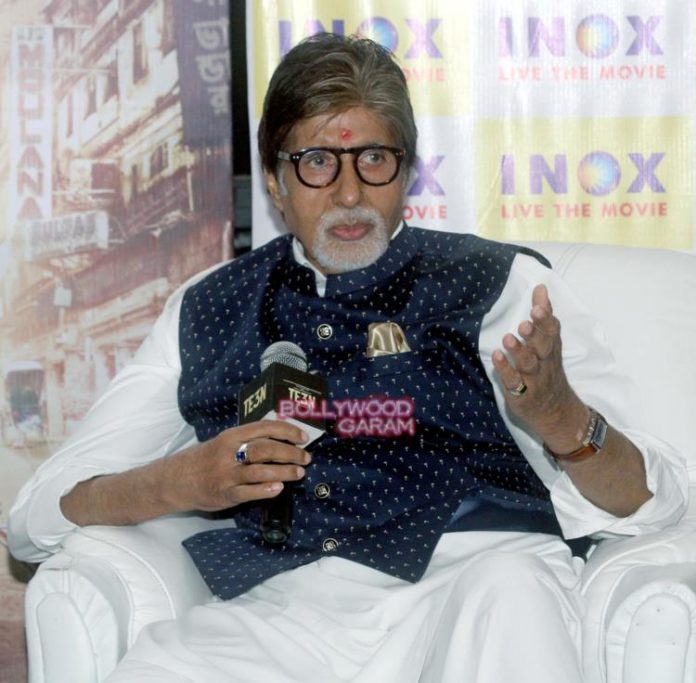 Superstar of Bollywood Amitabh Bachchan was in the city of Kolkata to promote his upcoming movie ‘Te3N’. The actor held a press conference in the city to promote the movie which also stars Vidya Balan on June 8, 2016.

The movie is written and directed by Ribhu Dasgupta and co-produced by Sujoy Ghosh.

‘Te3N’ also stars Nawazuddin Siddiqui and Sabyasachi Chakraborthy and has hit the theatres on June 10, 2016.