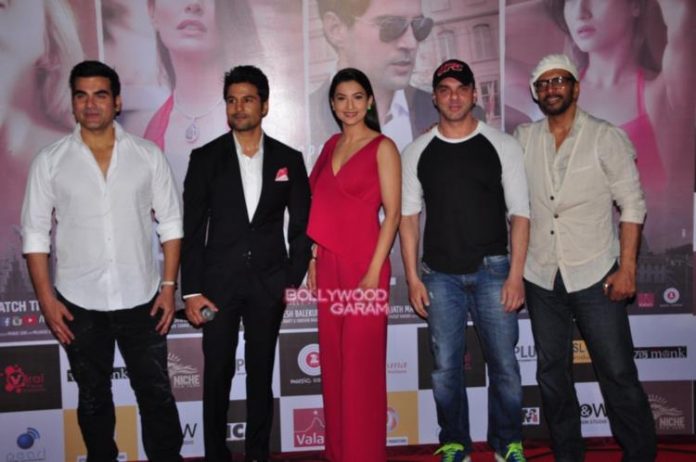 The movie is directed by Rajeev Jhaveri and is all set to hit the theatres on July 22, 2016.

Actors Gauhar and Rajeev posed for the shutterbugs and showed off their intense chemistry.