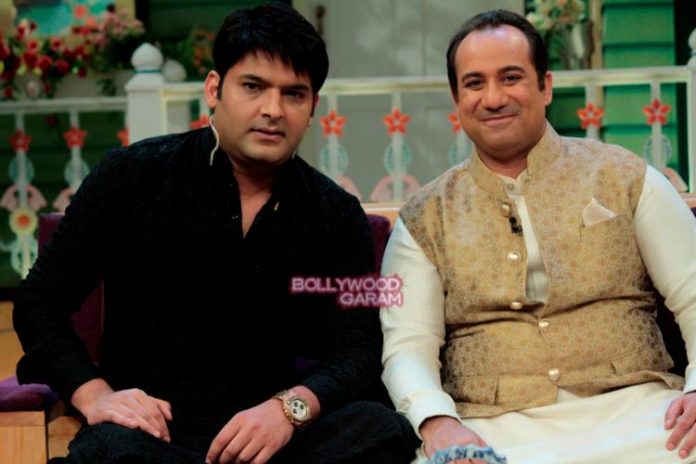 Sufi singer Rahat Fateh Ali Khan appeared on The Kapil Sharma Show in Mumbai on June 14, 2016. The show has been calling a number of celebrities to have a good laugh.

Going by the pictures it looks like the singer had a great time and that he managed to mesmerize the audience as well as the characters on the show.

Kapil, apart from being a comedian has a great voice and it is surely going to be fun watching the two at the show.