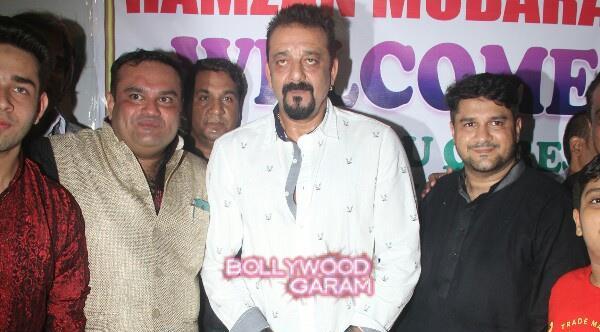 Bollywood actor Sanjay Dutt has been regularly seen at events since the time he has been released from the jail. The ‘Munna Bhai’ actor was snapped at a Ramzan event held in Bandra in Mumbai on June 17, 2016. The event was hosted by Khalid Babu Qureshi and Imran Babu Qureshi.

Dutt was sentenced to jail for illegal possession of weapons in March 2013. The actor was lodged at the Yerwada Jail in Pune and was released on February 25, 2016. Over his five year prison terms, Dutt earned a salary of Rs. 38,000 but most of it was spent on his daily use items.