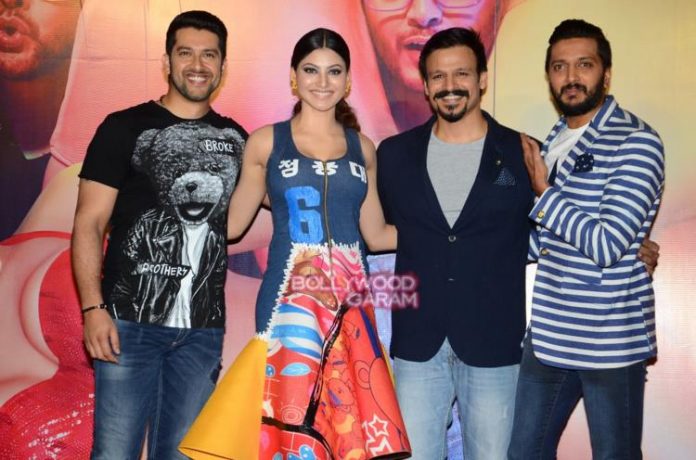 The actors looked excited and interacted with the media. The movie is directed by Indra Kumar and is co-produced by Ekta Kapoor.