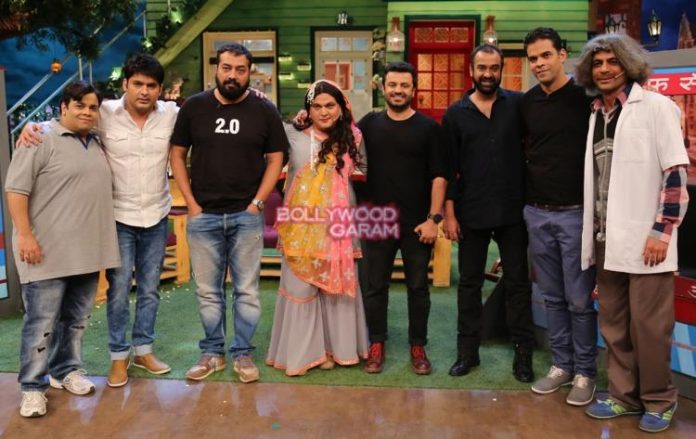 Filmmaker Anurag Kashyap along with his ‘Raman Raghav 2.0’ cast Nawazuddin Siddiqui and Vicky Kaushal visited the sets of The Kapil Sharma show in Mumbai on June 21, 2016. The entire cast of the show had a blast on the show.

The movie is an upcoming thriller directed by Anurag Kashyap and is based on the notorious Raman Raghav who operated in Mumbai during the 60s era.