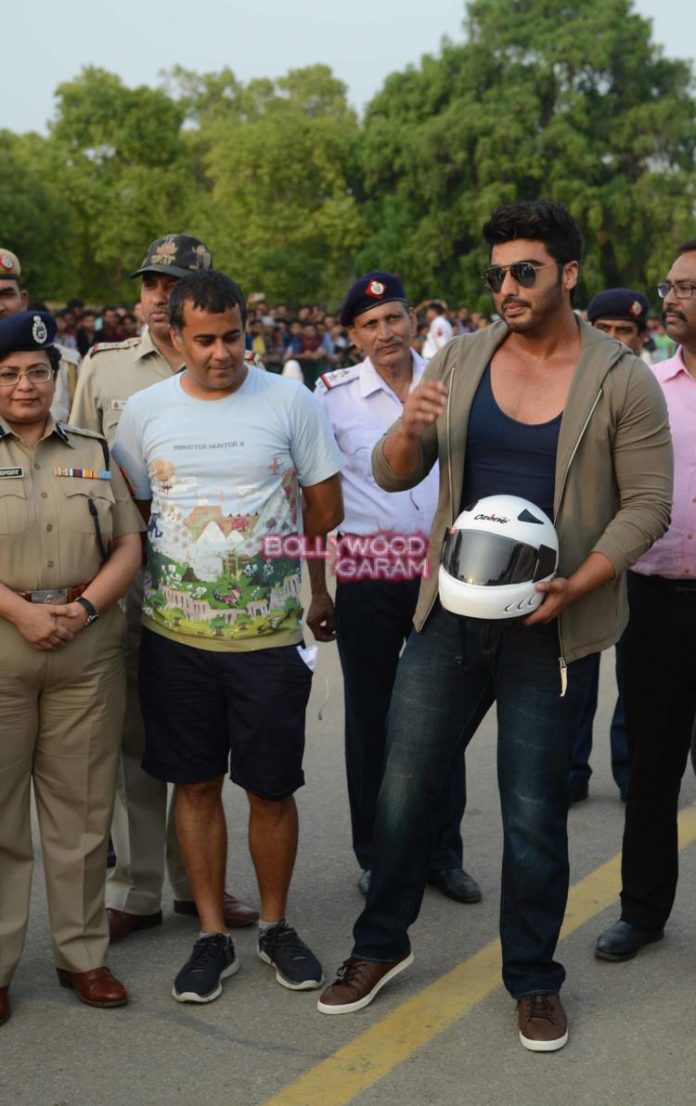 The ‘Ki and Ka’ actor looked great in a jeans, t-shirt and a jacket. Arjun is currently in Delhi shooting for the upcoming movie ‘Half Girlfriend’. The movie is based on Chetan Bhagat’s book ‘Half Girlfriend’.

Bhagat is a co-producer for the movie which is directed by Mohit Suri and is due to hit the theatres in April 2017.