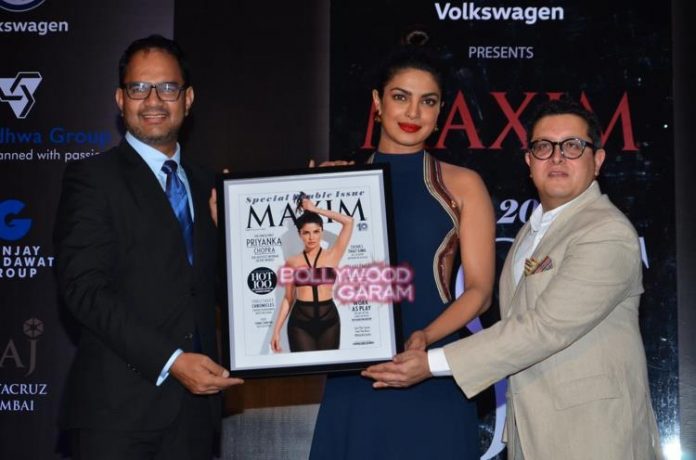 Actress turned singer Priyanka Chopra launched the cover of Maxim Magazine at an event in Mumbai on June 30, 2016. The ‘Barfi’ actress looked pretty in a blue outfit and interacted with the media over various issues.

Chopra is the only women who has topped the Maxim Hot 100 list three times. Priyanka at the event said, “Thank you Maxim… You guys sure know how to make a girl feel special! I’ve had an amazing experience with Maxim over the years shooting the various covers and I’m very flattered with the titles conferred on me today!”

On the work front, the actress was last seen in the movie ‘Bajirao Mastani’ and currently appears on the American TV show ‘Quantico’ on ABC.