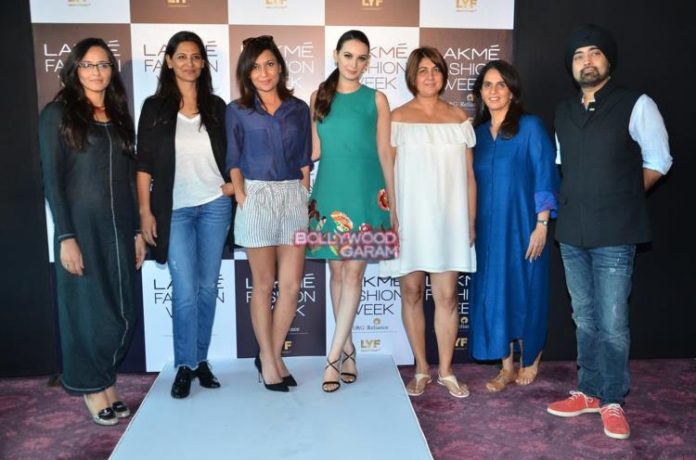 Bollywood actress Evelyn Sharma appeared as a judge at the auditions for Lakme Fashion Week Winter/Festive 2016 held in Mumbai on June 30, 2016. The organizers of the LFW opened auditions for aspiring models and selected five new faces to be seen in the upcoming event in August, 2016.