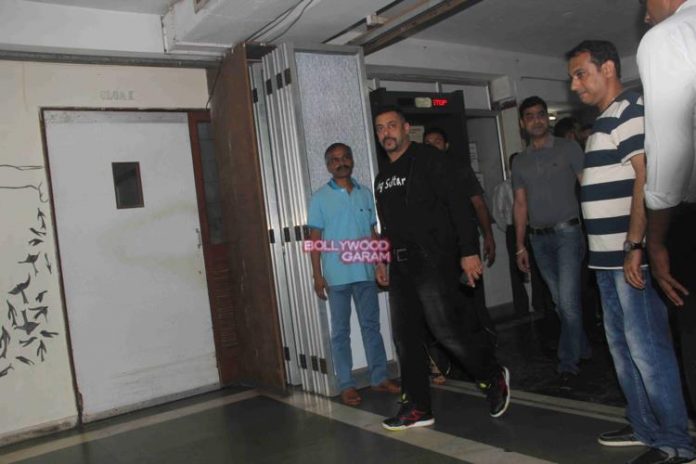 Bollywood star Salman Khan attended close friend Daisy Shah’s debut play ‘Begum Jaan’ in Mumbai on July 3, 2016. Despite a busy schedule Salman, who is a close friend of Daisy, made sure he attended the show.

Salman also promoted his movie ‘Sultan’ by wearing a ‘Being Sultan’ t-shirt. The show also saw the presence of Sneha Ullal, Sohail Khan and others.