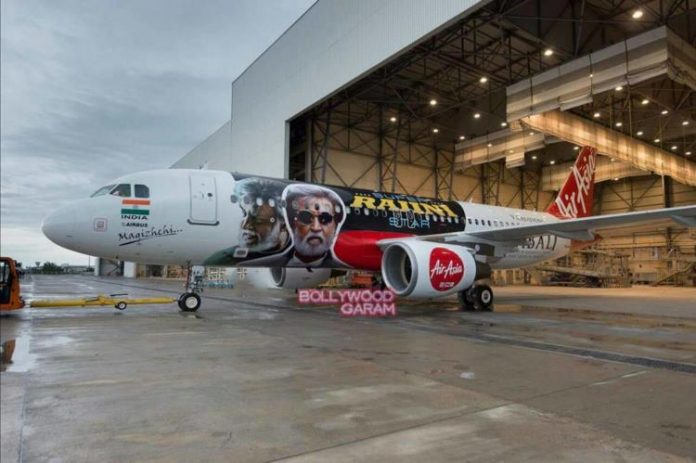 South Superstar Rajinikanth has always promoted his movies sky high and this time the promotions have actually been re-branded with an Air Asia Aircraft. Air Asia India is the official airline partner for the upcoming movie ‘Kabali’.

The airline revealed that parts of the aircraft have been painted and stickered with the livery and has the image of the 65 year old actor from the movie.