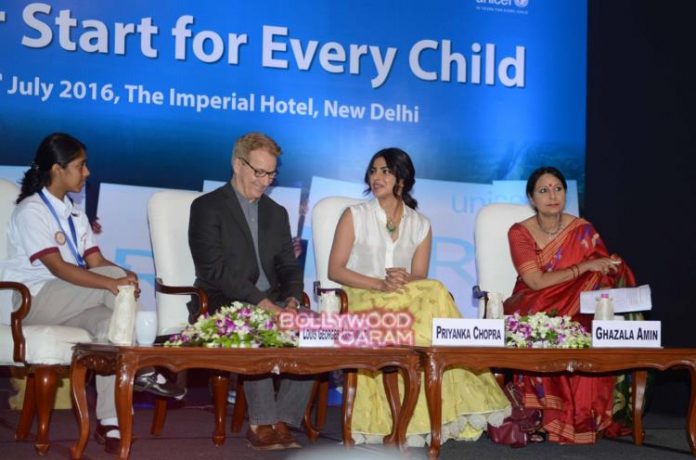 Bollywood actress Priyanka Chopra was at the UNICEF media event for FairStart campaign held in New Delhi on July 5, 2016. Chopra in recent times has set many examples to portray women empowerment and was seen interacting with girls at the event.

The actress looked pretty in an Indo-western outfit and gleamed in a glow make-up. The event was also attended by UNICEF representative Louis Georges Arsenault and media personality Ghazala Amin.

Priyanka was seen posing with the girls for pictures and even posted on Twitter.