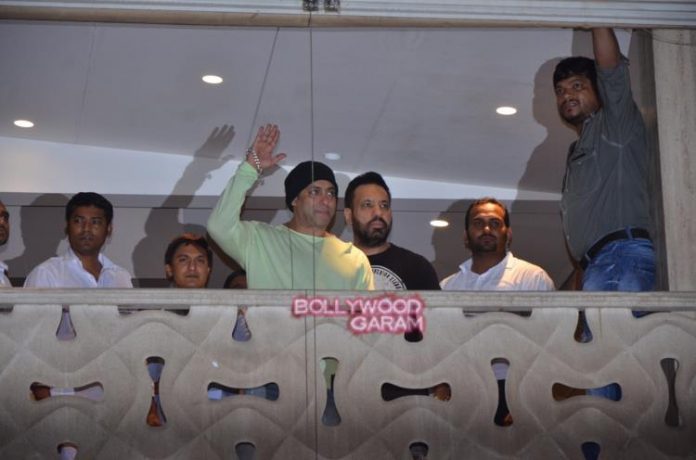 Superstar of Bollywood Salman Khan wished his fans Eid as he waved from his balcony of his residence at Galaxy apartments in Mumbai on July 7, 2016. Salman was later joined by father Salim Khan who also waved the fans.

The ‘Dabangg’ star appeared ina casual t-shirt jeans and a cap. Salman is currently enjoying the success of his movie ‘Sultan’ that managed to grab Rs. 36.54 crores on its opening day itself.

The movie also stars Anushka Sharma and hit the theatres on July 6, 2016.