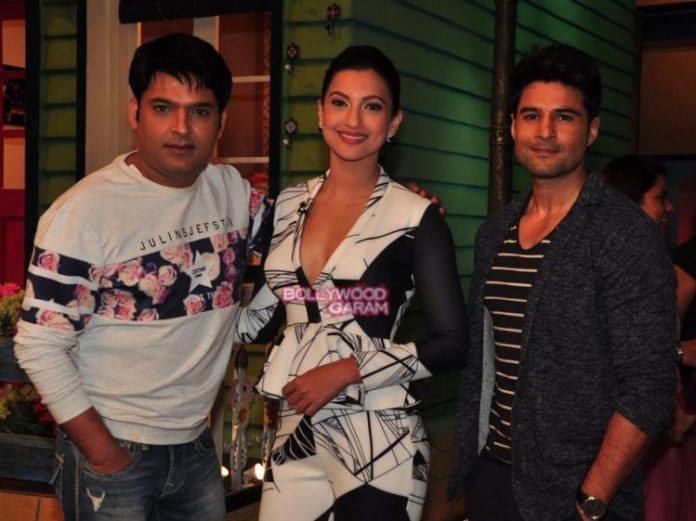 Actors Gauhar Khan and Rajeev Khandelwal promoted their movie ‘Fever’ on the sets of ‘The Kapil Sharma Show’ in Mumbai on July 7, 2016. Gauhar looked trendy in a black and white outfit while Rajeev was seen in casuals.

The movie ‘Fever’ is an upcoming suspense thriller and is directed by Rajeev Jhaveri. The story is about a contract killer who loses his memory in an accident and wakes up knowing just his name.