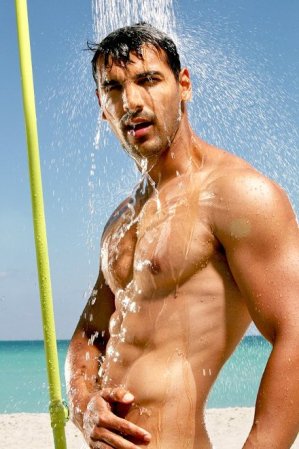 Indian film actor John Abraham is set to unveil a new gym in Worli, Mumbai sometime next year. The actor had acquired large 15,000 sq ft property in the Indian Metro to set up the fitness centre, believed to be launched under JA Fitness, the star’s fitness chain.

The ‘Dhoom’ actor is a well known fitness fanatic and was to set up the fitness centre at Pune in Trump Towers; however, according to some sources, there has been a change of plan and Worli will be host to Abraham’s first gym. Allegedly, John’s brother Alan could design the gym. Alan is known to have designed actor Suneil Shetty’s villas in Khandala as well.

According to some sources, the former model has put in a lot of time and effort in selecting the location of the gym along with the technical aspects of what would be offered to clients. Worli is in the construction phase, with many new real estate ventures being set up, this offers an ideal location to host the fitness centre.

Apart from his fitness endeavours, the Indian superstar has been working on couple of movies, ‘Race 2’ and ‘Shootout at Wadala’, apart from working on production for international audiences. John’s production company ‘JA Productions’ has three films in the pipeline as well – Banana, Hamara Bajaj and Jaffna