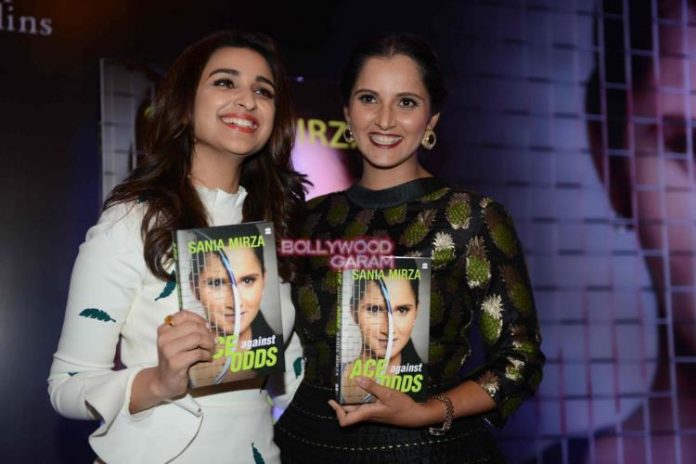 Bollywood actress Parineeti Chopra launched tennis player Sania Mirza’s autobiography ‘Ace Against Odds’ at an event in Mumbai on July 16, 2016. The actress looked pretty in a white outfit while Sania appeared in a black outfit.

On the work front, Parineeti  is all set to be seen in the upcoming movie ‘Dishoom’. The actress will be seen in an item song with Bollywood hunk Varun Dhawan.

Parineeti is recently in news for her weight loss. ‘Dishoom’ is all set to hit the theatres on July 29, 2016.