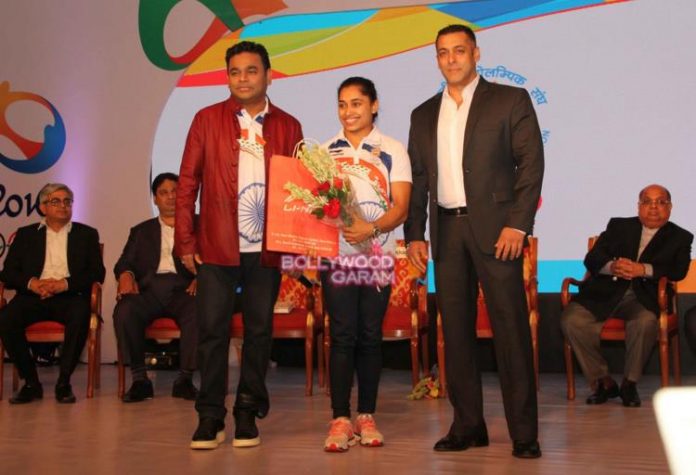 Bollywood star Salman Khan and Oscar winning composer A.R. Rahman were present along with other celebrities from the sports fraternity at the send-off press event for India’s Olympic contingent. The press event was held at New Delhi on July 18, 2016.

Salman is the Goodwill ambassador of the Indian Olympic Association and also stole the show amidst the Rio-bound athletes. A contingent of 121 athletes will be representing India including 54 women, who will be a part of the sporting event at the Brazilian city.