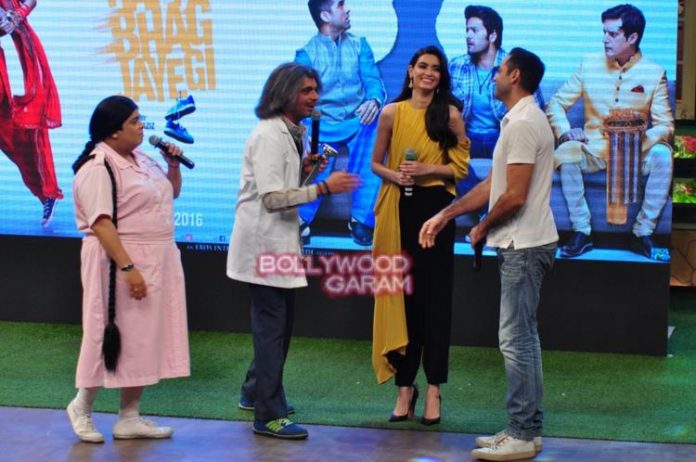 Lead actors Abhay Deol, Diana Penty, Momal Sheikh and Ali Fazal of the upcoming movie ‘Happy Bhaag Jayegi’ landed on the sets of ‘The Kapil Sharma Show’ in Mumbai on July 20, 2016. The entire cast was seen dancing and having fun on the show with the comic characters played by Ali Asgar and Sunil Grover.

Abhay, Diana and Ali shared some details of the upcoming romantic comedy directed by Mudassar Aziz.

The movie also stars Jimmy Shergill and is produced by Anand L.Rai and Krishika Lulla.