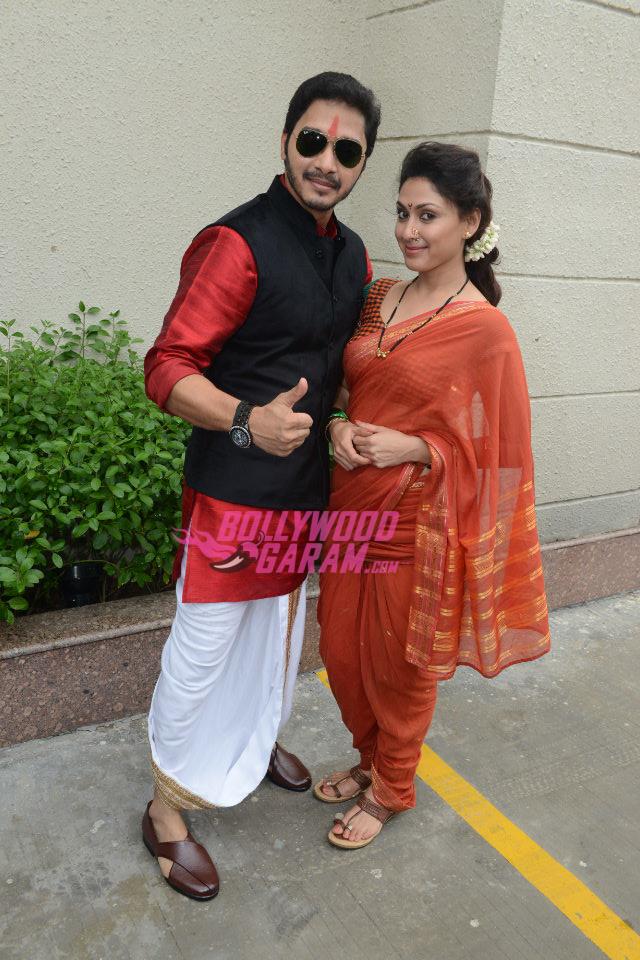 Actors Shreyas Talpade and Manjari Fadnis launched the motion poster of their upcoming movie ‘Waj Taj’ at an event in Agra on August 12, 2016. The event was also attended by producer Jayantilal Gada.

The movie had earlier landed in controversy when the makers of the movie put up posters promoting the movie across Agra which read, “Decision on Maharashtra’s Tukaram Case. Taj Mahal to be closed for the tourists from 23rd September, 2016 by the Honorable Court’s order.”

Fadnis will be seen in a completely different role. The movie is directed by Ajit Sinha and is all set to hit the theatres on September 23, 2016.