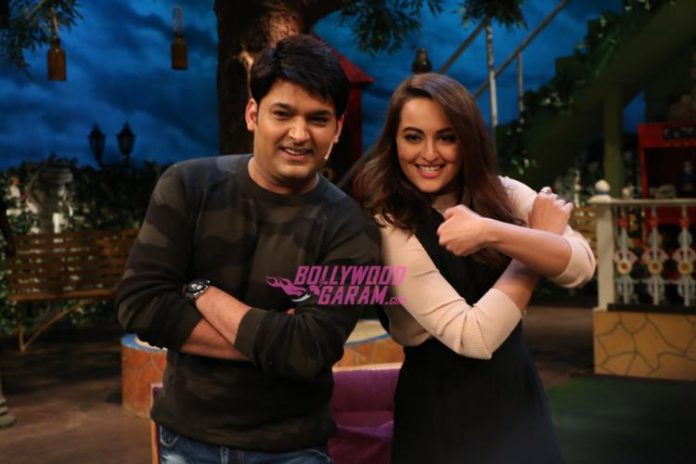 Indian actress Sonakshi Sinha promoted her upcoming movie ‘Akira’ on the sets of ‘The Kapil Sharma Show’ in Mumbai on August 17, 2016. Sonakshi looked trendy in a black and white outfit and had a great time with the characters on the show.

To mark the Indian festival Raksha Bandhan, Sonakshi was seen tying a rakhi on the wrist of the host Kapil Sharma.

‘Akira’ is directed by A.R. Murugadoss and is the remake of the Tamil movie ‘Mouna Guru’. The movie is all set to hit the theatres on September 2, 2016.