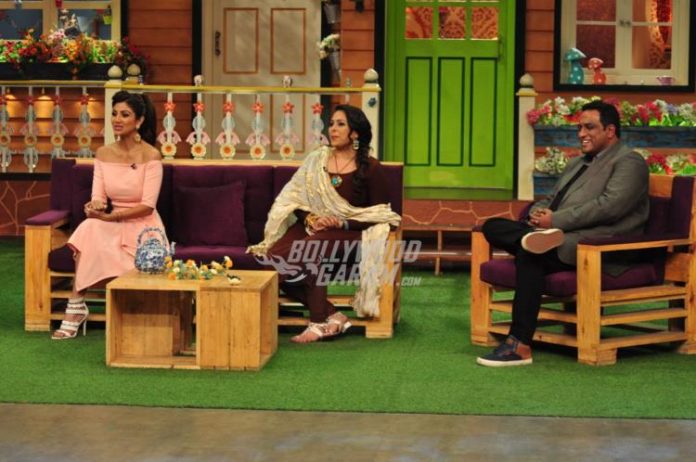 Actress Shilpa Shetty, Anurag Basu and Geeta Kapur promoted their upcoming show ‘Super Dancer’ on the sets of ‘The Kapil Sharma Show’ in Mumbai on August 30, 2016. The contestants of the show Jeetu and Varsha showed their skills on the show.

Host Kapil Sharma and his team had a great time with the judges of the upcoming show. ‘Suoer Dancer’ is all set to premiere on September 10, 2016.

‘The Kapil Sharma Show’ featuring Shilpa Shetty will be aired on September 3, 2016.