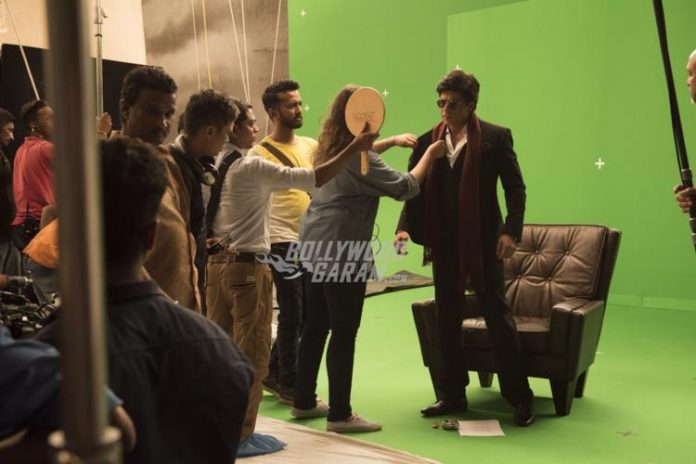 Khan’s movies ‘Ra.One’ and ‘Don’ are among many of his movies which will be featured in the park in the form of attractions, live shows and rides. Shahrukh was seen in a classy suit and also in casual wear.

The actor was seen being directed by the director Reema Kagti.