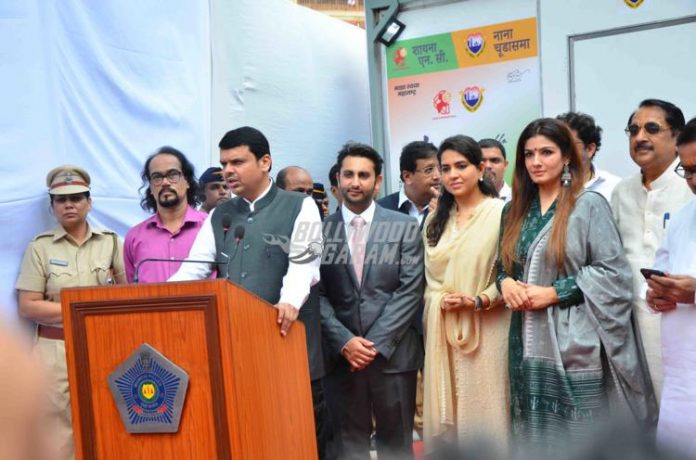 Actress Raveena Tandon along with designer and politician Shaina NC attended the inauguration of the state-of-art toilet facility in Mumbai on September 2, 2016. The facility was inaugurated by Maharashtra Chief Minister Devendra Fadnavis.

Raveena looked pretty in an Indian outfit and smiled for the shutterbugs. The new facility is a result of efforts by Adar Poonawala Clean City Movement that was launched earlier this year in Pune.

The initiative constructed toilets at various places in the state.