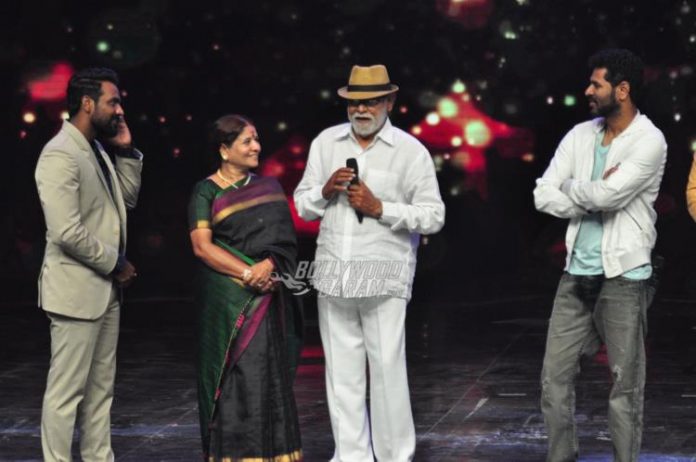 Choreographer turned filmmaker Prabhu Deva along with actor Sonu Sood promoted their upcoming movie ‘Devi’ on the sets of ‘Dance Plus’ in Mumbai on September 4, 2016. Sonu Sood flaunted his muscle power on the show.

There was a special moment on the show with Prabhu Deva and his father Mugur Sundar, who is a popular choreographer in south Indian movies. Mr. Sundar joined Prabhu on stage and performed on Micheal Jackson’s steps.