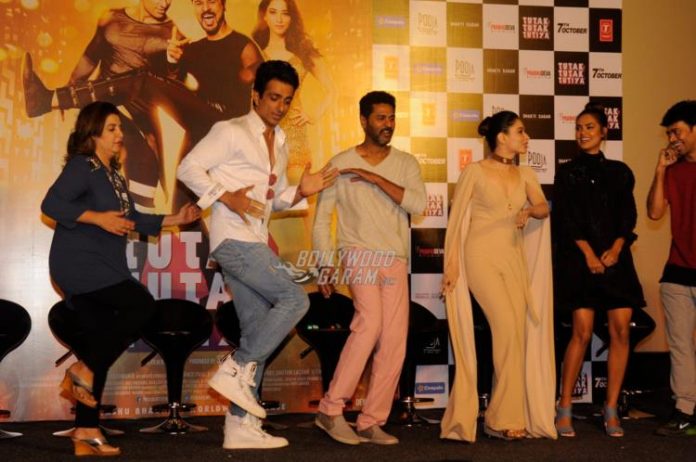 Bollywood actors Sonu Sood, Tamanaah Bhatia, Prabhu Deva and Farah Khan launched the trailer of the upcoming movie ‘Tutak Tutak Tutia’ at an event in Mumbai on September 8, 2016. The movie is a debut production venture by Sonu Sood.

Filmmaker Farah will also be seen playing a cameo in the flick. The event was also attended by Esha Gupta, who will be seen in a special song ‘Rail Gaadi’.