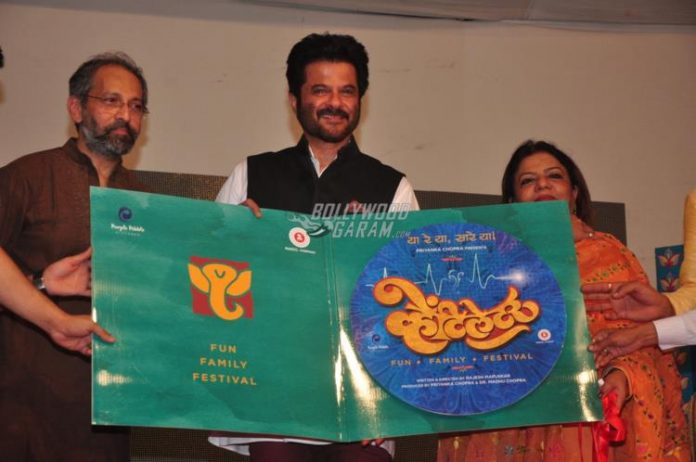 Bollywood actor Anil Kapoor along with Priyanka Chopra’s mother Madhu Chopra and filmmaker Rajesh Mapuskar launched the music of the upcoming Marathi movie ‘Ventilator’ at an event in Mumbai in September 9, 2016. Priyanka in recent times has turned producer for regional movies and ‘Ventilator’ will be her maiden venture in Marathi movies.

The launch event also saw the presence of actress Urvashi Rautela. The producer of the movie was not present at the event as she was busy shooting for the American TV series ‘Quantico’.

Anil was all praises for the actress turned producer at the event.