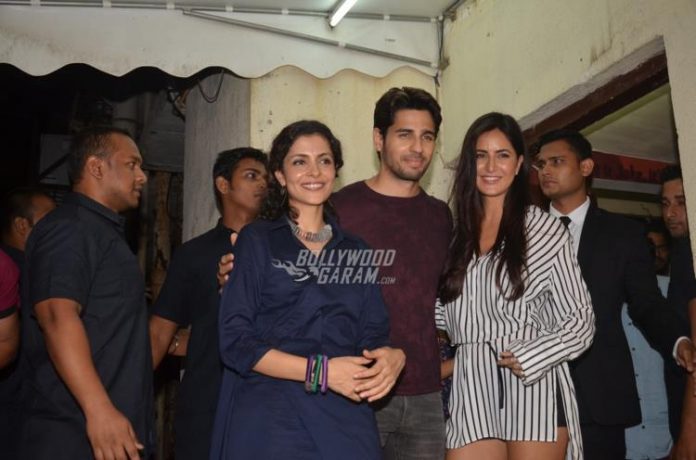 Lead actors Katrina Kaif and Sidharth Malhotra too were seen having a great time in each other’s company. The movie hit the theatres on September 9, 2016 and has received mixed reviews from the audience and critics.