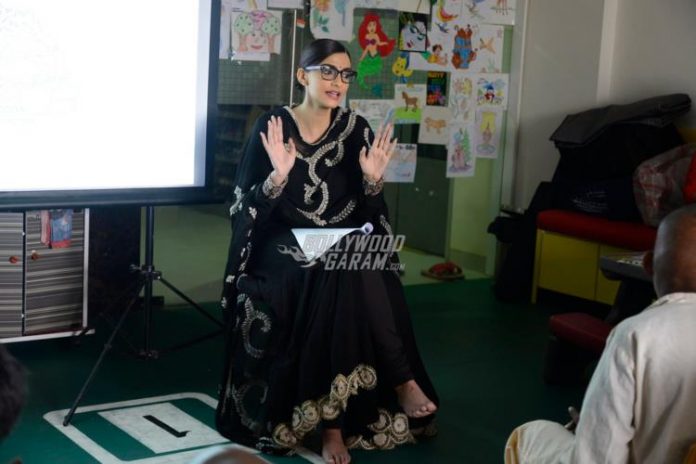 Indian actress Sonam Kapoor spent time with the NGO kids at Cuddles Foundation in Mumbai on September 15, 2016. The actress is the brand ambassador for the foundation that helps meet the nutritional needs of thousands of children suffering from cancer.

Sonam has pledged not only to support the foundation but has also devote a considerable amount of her time to visit hospitals and meeting the children associated with them.

The actress has also pledged to look after the nutritional requirements of ten children suffering from cancer.