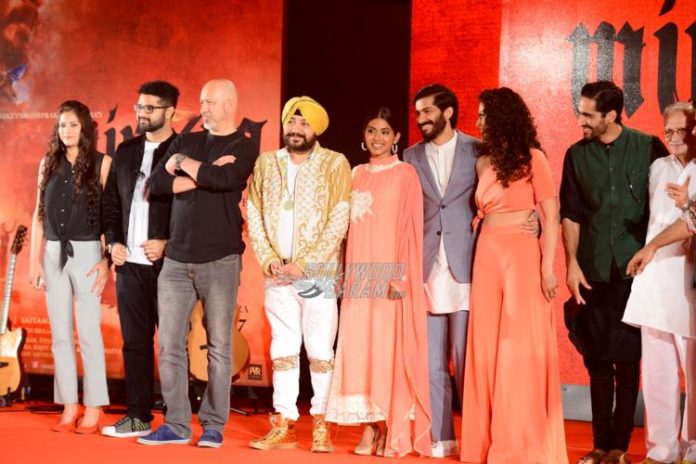 Makers of the upcoming movie ‘Mirzya’ launched the music at an event in Mumbai on September 13, 2016. The launch event saw lead actors Harshwardhan Kapoor and Saiyami Kher along with Anil Kapoor, Sonam Kapoor, Rhea Kapoor, Sridevi, Boney Kapoor and others.

The movie will mark the debut of Anil Kapoor’s son Harshwardhan in Bollywood. The launch event was also attended by director Rakeysh Omprakash Mehra, writer Gulzar and singer Daler Mehndi.