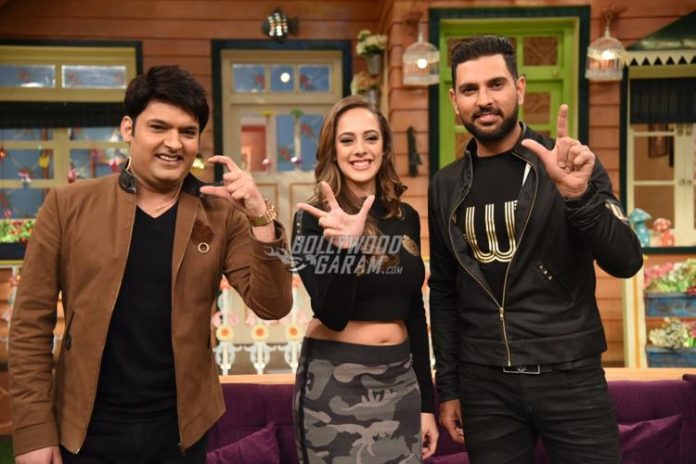 Indian cricketer Yuvraj Singh and fiancé Hazel Keech appeared on ‘The Kapil Sharma Show’ in Mumbai on September 19, 2016. Yuvraj and Hazel on the show revealed about their December wedding and had a great time interacting with the audience and the characters.

The couple on the show talked about their relationship and the wedding preparations. Hazel and Yuvraj got engaged in Bali in April, 2016.

Reports say that the couple has also revealed about the wedding date which is expected to be around Yuvraj’s birthday.