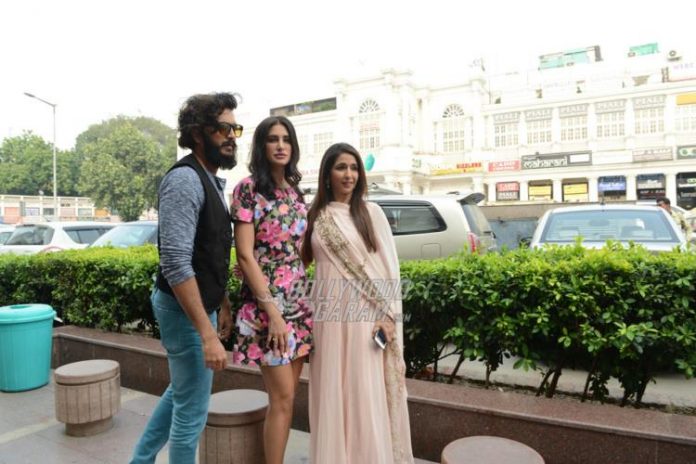 Actors Riteish Deshmukh and Nargis Fakhri promoted their upcoming movie ‘Banjo’ at a press event in New Delhi on September 19, 2016. The promotional event was also attended by producer Krishika Lulla.

The movie ‘Banjo’ is directed by Ravi Jadhav and produced by Krishika Lulla. The musical action drama is all set to hit the theatres on September 23, 2016.