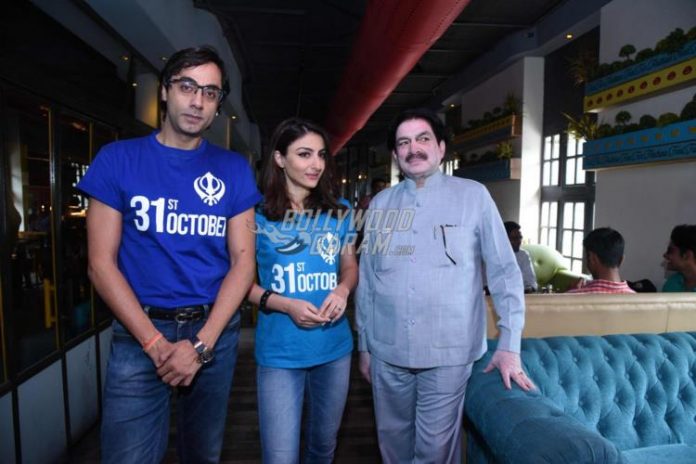 Actress Soha Ali Khan hosted a press event for her upcoming movie ‘31st October’ at an event in Mumbai on September 21, 2016. The movie is based on the anti-sikh riots that was followed by the assassination of former Prime Minister of India, Indira Gandhi.

Soha talked about her character in the flick and said that this will be the first time she will be seen playing such a role. The movie also faced turbulence from the Censor Board, when filmmaker Harry Sachdeva was asked to cut off certain scenes from the movie.